The immeasurable Value and effortless beauty of The Black Woman #4

You are here:
Black WomenCommunity 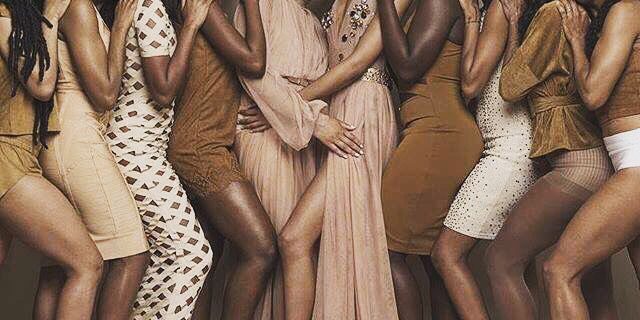 This week I decided to go a different route because of something I observed and felt needed to be addressed. So far in these blog posts, I’ve dealt with the pain and the deviation from your natural state that it causes. I’ve even dealt with how to best identify the causes of said pain and how to go about rectifying the problem; because without you (The Black Woman) being whole, our communities don’t stand a chance of holistic healing. You are our nurses and healers, our nurturers and comforters. You are the first teachers of our children and the thing that has kept our family units in tact and for the amazing jobs you mothers of civilization have done, I want to thank you.

However, your effortless beauty is under attack and not only from mainstream society, ( as I had previously touched on) but from each other as well. We have somewhat accepted society’s standards of beauty and have began to project those accepted beliefs onto each other. I see men on social media daily degrading and talking down on sista’s and it irritates me to my core; but scroll down the comments of a black woman’s  post of herself in picture form and you will see limitless comments from the so called “thirsty” men and you can almost see the drool rolling down their chins. Now pay closer attention to the women’s comments (or lack thereof) on that same post and you can pretty much see the venom. Sometimes a woman will see another woman’s post and know she is slaying and will scroll right past it because it would pain her to hit like or tell her how beautiful or even cute she is. Silence can sometimes be louder than a low flying airplane. In the words of one of our national hip-hop artist “ You know you see it!!!”

One young Black Woman posted a pic of herself during a recent all black party and then had to defend her choice of dress because so many women came for her as a result of it. Why is that? Why do our women have a hard time complimenting one another in a genuine way? Why does your definition of beauty or class get to be the bottom line definition of it? Why does someone else’s tastes or what works for them and their body type seem to offend you? Is it because she is getting the attention that you yourself seek? Is it because maybe you see your MCM liking her pics and you feel that maybe his attention on her takes away from what could be devoted to you?

Why not accept the fact that all Black women, in every shade, form and size have a unique beauty about them and express your appreciation of it? How about use her boldness and appreciation of herself as motivation to learn to appreciate and accept yourself more? Her shine does not and cannot dim your light. If you believe that it can and that causes a spirit of jealousy, envy or hate to rise up in you, then your problem runs much deeper than the way that you look, it goes to the very essence of you and your real work needs to be on the way that you are.

Black Women come in every shade and size known to man, but her beauty runs far more than skin deep. So even when everything about her is not up to the standards that you have set for her, she still feels fierce because her slaying doesn’t depend on what she wears or how she looks, but who and what she is…

This will be a continuous blog/conversation and I welcome comments and even criticism because both will create a much needed dialogue. I’ll add to it every Sunday until I reach the climax of it and bring to light some things that we know, but don’t realize that we know; and in doing so, bring about real and viable solutions for us as a whole to begin healing our family units and communities.

“The voice of my generation“

The Immeasurable Value and Effortless Beauty of The Black Woman… “Hustler-N-Heelz”
November 5, 2017

The immeasurable value and effortless beauty of The Black Woman… #3
October 8, 2017

The immeasurable value and effortless beauty of The Black Woman Continued…
October 1, 2017

The immeasurable value and effortless beauty of The Black Woman…
September 24, 2017